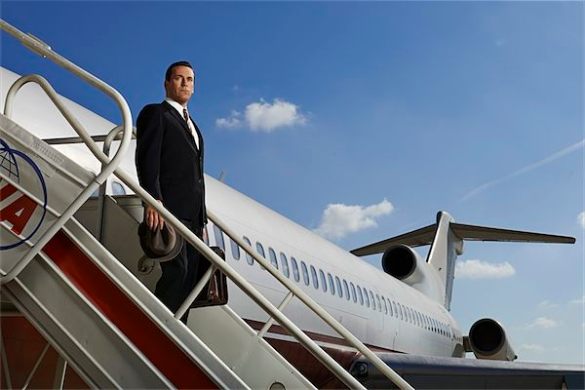 Season 7 of Mad Men (the final season) begins on April 13th at 10 p.m. on AMC.  (Don’t forget that the final season is split between this year and next year–just like the final season of Breaking Bad).  Don pretty much appeared to blow up his life at the end of season 6–with Pete and Ted running off to California, Don seeming to break down the carefully constructed walls between “Don Draper” the ad-man and “Dick Whitman,” and Don’s career at SC&P possibly over.

But, now we have a picture and a clip (http://bcove.me/7uxmh3sk) showing Don Draper getting off a TWA plane somewhere where there appears to be some sunshine.  What do you think are the chances that he has decided to take after Betty’s former career and become a male model?  At least he looks like he is enjoying flying more… 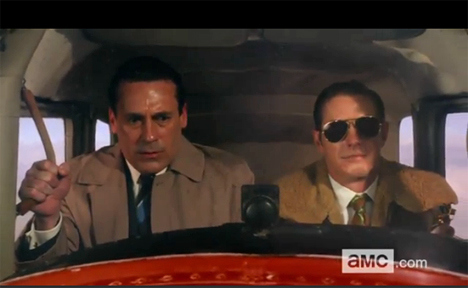 We asked Pete Campbell about how he felt about being left out of the new Mad Men teaser.  His response was not surprisingly: 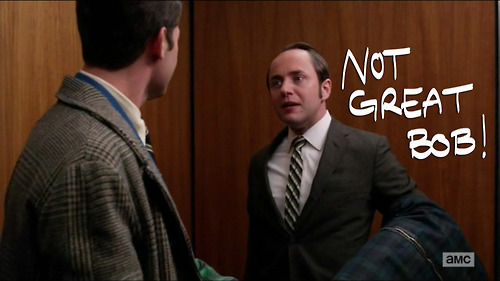 (Nope, we are never going to get tired of that line, sorry).

Update:  It appears that Mad Men season 6 will be available for streaming on Netflix starting March 30th.  So if you need to get caught up or if you simply want to watch again, there you go. 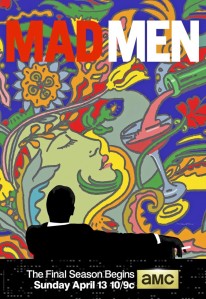 We can all sit around and try and decipher its meaning or we can watch Roger trip on LSD.  I choose the latter, because that poster certainly makes me wish I was on drugs.

And, if we are going to keep watching Mad Men clips, then there is really no reason to leave this one out.  Does it relate to anything we are discussing, no.  But, it sure does make me happy.